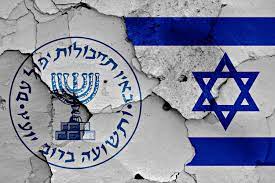 “A” has been named as the new rabbi of the two Israeli security agencies, although his identity and role remain classified.

Rabbi “A” has been named as the new rabbi of the Shin Bet (Israel Security Agency) and the Mossad, it was leaked to some of the press late Sunday and confirmed by The Jerusalem Post.There was no specific reason given for replacing the previous Shin Bet rabbi with A, but was rather presented as just a standard periodic changing of the guard.However, Ronen Bar only took over the Shin Bet in October and a new agency chief often changes personnel in some senior posts.

A. served in the past as the rabbi of a town and is well-known in the religious Zionist movement, according to the Arutz Sheva website.It is unclear what exactly A’s role entails, as both his identity and the details of his position are classified.

But in general, A is expected to provide a response to questions concerning Jewish law (halacha) that members of the Shin Bet and Mossad face in their service. These matters concern national security, meaning the rabbi has to be available on Shabbat and holidays as well.The rabbi studied in central yeshivas of the religious Zionist movement and has served in a range of educational and rabbinical positions throughout his life.A number of haredi (ultra-Orthodox) Jews serve in the Mossad and Shin Bet, joining the organizations and other sensitive cyber units in Israel’s security establishment through the Pardes training course.

Pardes enables haredi youth to train in a track that is managed and run within a haredi framework, with the candidates free to continue studying Torah alongside their coursework in an ultra-Orthodox environment.There was a rabbi for the intelligence units even when most questions came from religious Zionist agents, but the number and kind of questions have grown as more haredim are joining.