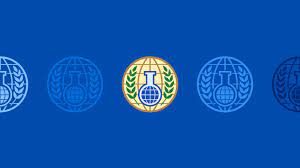 MOSCOW, November 2. /TASS/. Britain, Germany, France, Sweden and the OPCW Technical Secretariat responded to Russia’s counter-demarche over the Alexey Navalny case with non-committal replies, which is clear evidence that the West’s claims against Russia under the Chemical Weapons Convention are purely political, Russia’s ambassador to the Netherlands, permanent representative to the OPCW Alexander Shulgin told an online briefing on Tuesday.

“Two days after we responded to this lunge by ‘alarmed states’ with a counter-demarche to dispatch queries to France, Sweden, Germany and Britain and the Technical Secretariat under the same Article 9 of the Chemical Weapons Convention. Regrettably, we received megaphone diplomacy style answers, nothing but lip service, that provides absolutely no solution to the problem,” he said.

Shulgin remarked that the latest round of charges from the West in the OPCW against Russia continued a well-orchestrated campaign aimed at discrediting Russia. He recalled that an upsurge in Western countries’ accusations against Russia occurred at the 98th session of the OPCW Executive Council at the beginning of October, when Britain on behalf of another 44 states addressed Russia with a query under article 9 of the Chemical Weapons Convention.

“This was another fresh piece of evidence the Western countries’ fuss in the OPCW was nothing but a political campaign launched with the aim of covering up the Western secret services-masterminded operation against Russia,” Shulgin said.

On October 1, 2020, he recalled that the OPCW Technical Secretariat published a report on providing technical assistance to Germany under item 38 (e) of Article 8 of the Chemical Weapons Convention.

“All more or less significant information was deleted with a black felt-tip pen. That was done at the request of the German side, allegedly for the security interests of Germany. There were reports that, by concealing the formula of the chemical compound in question, Germany wished to prevent Russia from learning what skills and know-how had been used to study the materials in question.

“The situation is really odd. While concealing the formula of the chemical compound from us, allegedly for non-proliferation purposes, the Germans at the same time point at Russia as the country of origin. It’s the theater of the absurd,” Shulgin concluded.

Alexey Navalny was taken to a hospital in Omsk on August 20, 2020, after collapsing on board a plane. Later, he was taken to Berlin for treatment. The German government on September 2, 2020, claimed that the blogger was affected by a toxic agent from the Novichok family. Berlin argued that laboratories in France and Sweden confirmed these conclusions. Russian presidential spokesman Dmitry Peskov has repeatedly said that Moscow was ready for all-round cooperation with Germany. He stressed that before his transportation to Berlin no poisonous substances had been detected in Navalny’s system.

At a session of the OPCW Executive Council, which opened on October 5, a group of 45 countries, most of them from the Euro-Atlantic Community, addressed Russia with a query over the Navalny case. Russia responded within two days and lodged a counter-query addressed to Britain, Germany, France and Sweden and the OPCW Technical Secretariat.

The message said that Russia was expecting replies to be made by October 16. Shulgin said some of the questions concerned the person who accompanied Navalny on the charter ambulance flight from Omsk to Berlin. Also, Russia said it wished to know why the very instance of demonstrative assistance to Germany via the OPCW on September 4-6, 2020 was concealed from it.