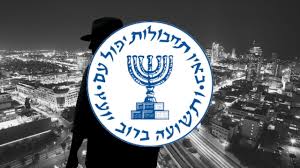 In this episode of Intelligence Matters, host Michael Morell speaks with Zohar Palti, former senior Mossad officer and head of the Israeli Defense Forces’ Political-Military Bureau, about his career, Israel’s approach to the Iran nuclear issue and Tehran’s response to Russia’s invasion of Ukraine. Palti shares his views on the value of intelligence to key decision points in Israel’s historic national security choices and the bond between the Mossad and CIA. He also discusses the current top threats to Israel today.

Israel’s approach to Ukraine: “I think that not in every security issue that’s happening in the world Israel has to be in the focus. We have to do whatever we can in order to help from a humanitarian point of view to the Ukrainians; they are friends of ours and we send medical support and we send helmets and we send so many other humanitarian aid. And it seems to me that we should continue to do things like that… I’m counting on NATO. I’m counting on you guys. I’m counting on all the European countries that are doing so many things and good ones, over here. And we will take care of our business over here in the neighborhood. And we have a rough neighborhood.”

The Abraham Accords: “I’m so happy as a security guy to see that the first and foremost was to establish the civilian side, the commercial flights, the private sector and things like that. And only then came the ministry of defense and all the other ones. It seems to me we are building it right. It’s peace between the people with an open heart and open mind.”

Striking Iran? “It’s not that we’re looking for to attack somebody. The only things that we care is about our family, the existence of Israel, the safety of our children, and, of course, the stability in the region. As long as we don’t see an imminent threat like it used to be in 2011-12, we’ll say always let’s give a chance to other options.

MICHAEL MORELL: Zohar, welcome to Intelligence Matters. It is always good to talk to you. And it’s great to get you on the podcast. I’m really excited about our conversation. So thank you very much for joining us.

MICHAEL MORELL: So Zohar, I want to spend a little bit of time talking about your career and then we’ll get into to some substantive issues for the rest of the discussion.

ZOHAR PALTI: So as a matter of fact, I started in the Army, of course, and as you said, quite after a very short time, they decided that it’s better that I move to the intelligence course. And I was a couple of months as a simple soldier, and then I went to an officer course. After one and a half year I was an officer, intelligence officer in the northern front when all the IDF used to spend in Lebanon, it was like ’84.

And since then I’m in the intelligence – a combination of the military intelligence and of course the Mossad later on. And this is it.

MICHAEL MORELL: So Zohar you spend nearly a quarter century, a little bit less than a quarter century as an intelligence officer in the IDF. And obviously, much, much happened in those 25 years – two intifadas with the Palestinians, multiple wars in Lebanon against the PLO and against Hezbollah, wars in Gaza against Hamas. Wondering if you can share any memories of your time in the IDF with our listeners?

ZOHAR PALTI: I think the generation that, like me, that was recruited to the Army at ’82, was very much under the influence of our staying in Lebanon for 17 or 18 years, and the fact that we had to serve over there and thanks to former Prime Minister Ehud Barak that took us out in 2000. This is one milestone for my military service.

And the other one, of course, is as the CT chief in the military intelligence, the second intifada. It was horrible to have, like, dozens of suicide attacks in a democratic country like us in the main cities like Jerusalem, Tel Aviv, Haifa, Hadera and all the other ones. That was a defining moment for us.

2007, the attack on the Syrian nuclear reactor – I think this is the main milestones that I can draw right now.

MICHAEL MORELL: You actually, Zohar, you actually spent time in Lebanon. Is that correct?